Most lives have a defining moment, an episode that shapes and colors, for good or ill, all that follows.  Sometimes it comes early, sometimes relatively late. It can be calamitous or outwardly trivial: a parent's death, an unjust accusation in grade school, a disastrous prom date, a lost love, a failed business.

For Bryan Bennett, it was early and calamitous. The son of a consulting engineer, he was kidnapped in Turkey as a five-year-old and held captive for two months under brutal conditions. This mind-searing experience has left him still coping after 45 years with unpredictable panic attacks and bouts of claustrophobia. At the same time, he has retained a lifelong fascination with the subjects of kidnapping and captivity.

Now in his forties, he is a research fellow at the Odysseus Institute for Crisis Management, where he specializes in issues related to corporate security and extortion--but only from a removed, theoretical point of view; he lectures, he writes policy papers, he does research, he prepares training materials. What he cannot bring himself to do is to participate in actual hostage negotiations, victim-counseling, or anything else that requires dealing directly with kidnappers, hostage-takers, or their victims.

He has, in other words, found for himself a niche that lets him continually test and prove himself by treading gingerly around the edges of his deepest terrors but never confronting them directly, always sidestepping them.

Until now he's gotten away with it, but that is about to change. When he is assigned to put on a one-week training program for the executives of Globalseas Fisheries, a multi-national company headquartered in Iceland, the nightmare-foreboding that has dogged him for four decades overtakes him: he himself is kidnapped and—once again—taken hostage.

It is the worst thing that can happen to him, the most terrible fate he can envision. At first he is gripped by a white, choking panic in which coherent thought is impossible, but soon enough he comes to grips with the knowledge that the battle of will and nerve in which he is engaged is in reality with himself, and not with his captors. Whether or not he comes out of his ordeal sane and alive is in his own hands, dependent on his own resources.

Those resources are called into play, and in the novel's climax a strengthened Bryan, plumbing unsuspected reserves of courage and fortitude, turns the tables on his kidnappers.

But for Bryan it's not over till it's over. Later, back home in the United States, when the dust has seemingly settled, a startling new development awaits, throwing an entirely new perspective on what has happened, and on Bryan Bennett himself.

"One whopper of a surprise ending...This may well be (Elkins') best book. It's a joy to read,"

"An evocative portrayal of the inner workings of a mind tormented by terror."

If you'd like to purchase or see more information, reviews, etc., the BUY  buttons will take you to the appropriate pages on Amazon.com.

"For everybody else in America it was the day JFK was killed in Dallas. For me it would always be the day Lily's father turned up on our doorstep."

So begins TURNCOAT. Until then, Pete Simon's all-American life had been everything he ever wished for: a good home, a satisfying career, and a marriage still strong and loving after nearly twenty years. But in the days following the assassination of the president, everything is about to change. The wild old man at the door is a stranger to Pete Simon--but not to his French wife Lily. Only later does the truth come out. The unwelcome visitor was Lily 's father, whom she had claimed died during World War II in their native France, executed by the Nazis.

The next day, he truly is dead, his savagely beaten body washed up in a nearby marsh—and Lily disappears, leaving behind only a brief, enigmatic note asking Pete not to look for her.

Now, with a business card from an antiques dealer in Barcelona as his only lead, Pete sets out on a twisted and perilous journey that will carry him to places where the hideous crimes of the Nazis remain fresh in the minds of those who cannot forget...or forgive. But each door Pete opens leads him deeper into a painful and shocking past that threatens everything he holds most dear. And suddenly he has become more than a confused and distraught husband; the bitter truths that he uncovers one by one in the search for Lily now make him—and her—the targets of desperate, dangerous men and their terrifying vengeance.

"One of the many joys of reading Elkins comes from sorting through his myriad plot layers. In his latest . . . Elkins masterfully weaves both back-story about his characters' lives and WWII history into a highly suspenseful plot. Elkins is best known for his fine series starring forensic anthropologist Gideon Oliver, but he also excels at WWII-era thrillers. An outstanding novel." 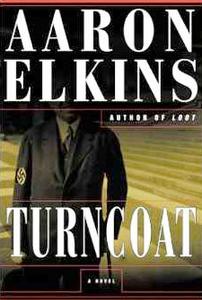 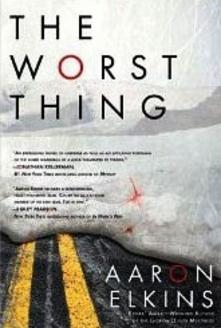 As his fortieth birthday dawns, Metropolitan Museum of Art curator Val Caruso is not a happy camper. His promotion has been scotched, his divorce is now final, and he fears he’s gotten himself mired in a  middle-aged rut.

But opportunity intervenes--an assignment in Milan to help elderly Holocaust survivor Sol Bezzecca recover a pair of cherished sketches by Renoir. The paintings had originally been given to Sol’s great-grandfather, a tailor, by the then-penniless artist in exchange for a new winter suit of clothes. Seventy-some years later they were looted from the old man’s kitchen by the Nazi-organized Italian Fascist militia, and now after decades in hiding they have turned up for auction. It’s up to Val to get them back.
Unfortunately, the effort entraps him in a sinister web that reaches all the way back to World War II—and is still sticky with art thieves, forgers, and somebody who desperately wants Val out of the picture Permanently.
The costs of reuniting a good old man with his rightful past? A concussion, a hospital stay, and a stitched-up face that makes him look like Frankenstein’s monster, to name a few. The reward? Priceless.

April 1945.  The Nazis, reeling and near defeat, frantically work to hide the huge store of art treasures that Hitler has looted from Europe. Truck convoys loaded with the cultural wealth of the Western world pour in an unending stream into the compound of the vast Altaussee salt mine high in the Austrian Alps. But with the Allies closing in, the vaunted efficiency of the Nazis has broken down. At Altaussee, all is tumult and confusion. In the commotion a single truck, its driver, and its priceless load of masterpieces vanish into a mountain snowstorm....

Half-a-century later, in a seedy Boston pawnshop, ex-curator Ben Revere makes a stunning discovery among the piles of junk: a Velazquez from the legendary Lost Truck. But with it come decades of secrets, rancor, and lies, and the few who know of the painting's existence have their lives snuffed out one by one by an unknown assassin. Revere must travel back to the grand cities of Europe to unravel the tangled history of the lost truck and its treasures before fifty years of hatred, greed, and retribution catch up with him.

"A tale of greed, deception, and murder ...Elkins is a master.... In Ben Revere he has created a detective with ample knowledge of his subject as well as a conscience that drives him to an honest, satisfying conclusion." 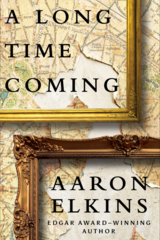 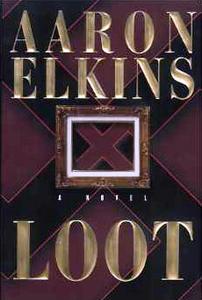