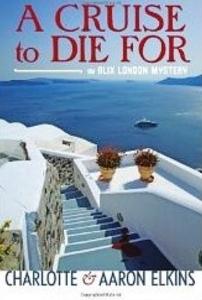 Experience has taught art conservator Alix London that whenever she spots a forgery, trouble invariably follows. So she’s understandably apprehensive when her connoisseur’s eye spots something off about the multimillion-dollar Untitled 1952, a Jackson Pollock painting at Palm Springs’s Brethwaite Museum.

Alix is already under fire, the object of an online smear campaign. Now the Brethwaite’s despicable senior curator, obsessed with the “maximization of monetized eyeballs,” angrily refuses to take down the piece. which is the Brethwaite's number-one draw and moneymaker. But it’s only when a hooded intruder attacks Alix in her hotel room that the real trouble begins. And when FBI Special Agent Ted Ellesworth—with whom Alix had inadvertently, but thoroughly, botched a budding relationship just a year ago—turns up to investigate the Pollock, Alix knows she’s about to have her hands full.

In her third mystery, Alix London must see through mirages in the desert to untie the sinister strands of subterfuge and greed that entangle her--and save herself in the process

"Interesting characters, an amiable sleuth, and a satisfying plot will keep readers turning the pages."

Charlotte and Aaron Elkins'  Alix London series in reverse order. If you'd like to purchase or see more information, reviews, etc., the Buy Now buttons will take you to the appropriate page on Amazon.com.

A Cruise to Die For

Surrounded by art and wealth and the sun-drenched Greek isles, she’s aboard a sumptuous mega-yacht with no responsibilities save the occasional lecture to the guests of her temporary employer, Panos Papadakis, one of the world's richest men. But there’s a catch: Papadakis has long been suspected of being at the center of a multi-million dollar Ponzi scheme and Alix is actually there as an undercover operative of FBI special agent Ted Ellesworth, a member of the Bureau’s Art Crime Team. They hope Alix can gather the inside information they need to finally put the cagey Papadakis away.

Alix’s exposure to the wealth of high-end collectors and the shadier aspects of the art trade—the avarice, naked greed, and ingenious scams—somehow brings her closer to her charming, "reformed" rogue of a father, and helps crystalize in her own mind just where she fits into the mix. Moguls, murders, a forged Manet, and the Albanian mafia all play in sending this pleasure cruise into brutally dangerous waters.

Set on the Aegean—Homer's fabled "wine-dark sea"—with stops at enchanted islands where ancient legends still live, A Cruise to Die For delivers a witty blend of suspense and mystery, as well as an insider’s take on the contemporary art world and its eccentric characters. It’s all served up with the style and sophistication with which Charlotte and Aaron Elkins have rewarded mystery readers for the past 30 years. 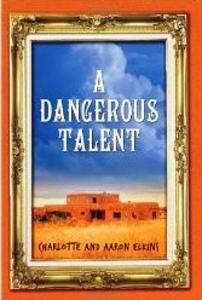 Alix London, the art restorer and FBI consultant renowned as the Art Whisperer, can spot a counterfeit masterpiece before the paint even dries. What she can’t see is why an elite European art dealer would offer her big money for a little mirror that’s no more than a homemade gift from her beloved uncle Tiny. Not that Alix would part with it at any price. But when the mirror abruptly disappears from her home, she realizes that someone sees more in the looking glass than mere sentimental value.

Then when Uncle Tiny himself soon disappears as well, the simple art theft becomes a personal mission Alix can’t ignore. With backup from her friends in the FBI, her game-for-anything pal Chris, and an aging-but-dogged Italian police detective, she delves into the puzzling case, only to find that there is a lot more to it than meets the eye. And once a couple of thugs from the Genoese Mafia show up on the scene, Alix’s mission becomes a do-or-die race to find the one possible man with all the answers: Uncle Tiny.

Alix London has a promising career as an art consultant, a sumptuous condo in Seattle’s toniest neighborhood, a gorgeous figure, and a presence that exudes Ivy League breeding and old money. She has it all…or does she?

Only Alix knows that the image she presents to the world is a carefully constructed mirage that veils an embarrassing truth. A brilliant, once-promising art student, the daughter of a prominent New York art conservator, her world was left in ruins when her father went to prison for art forgery. Now a Harvard dropout with an emptied bank account, she is languishing in a career that has produced little more than a lucky house-sitting gig. But all of that changes when Alix meets Christine Lemay, a novice art collector with money to burn and a hot tip on a recently discovered painting by American master Georgia O’Keeffe. Chris hires Alix to perform the authentication, an assignment that could finally launch Alix into the big leagues. But soon after her arrival in Santa Fe, she finds herself tangled up in a mencing web of forgery, deceit—and murder. Fortunately, she gets a little unlikely help from her roguish father, and the FBI art squad as well—to uncover the truth behind the painting and those who would kill to have it. A Dangerous Talent offers a witty, insider’s look into the surprisingly treacherous art world of the twenty-first century. 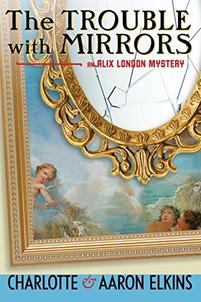 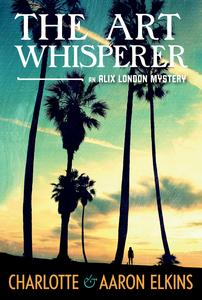 The Trouble with Mirrors