Struggling but spunky pro golfer Lee Ofsted thinks she got herself a plum when she landed a weeklong job teaching golf at an executives' retreat on rustic Block Island. But kidnapping and murder make her think again.

"A winning heroine . . . racks up another hole in one as a crime solver"

Lee Ofsted and Graham Sheldon, her ex-cop fiancé, have decided to take advantage of the glorious setting of the historic Royal Mauna Kea Golf and Country Club to have a quiet wedding ceremony. But from the start things go awry, partly on account of the influx of treasure hunters determined to find the club's most famous lost possession, the Cumberland Cup, commissioned from the great Louis Comfort Tiffany in 1908. Then real disaster strikes. When Lee’s friend and former coach, the club pro, Wally Crawford, is targeted by the police as the most likely suspect, Lee is dragged into the maelstrom. And it doesn't take her long to turn up a host of suspects, motives, and simmering resentments...

"Good entertainment from the husband and wife authors, who know their way around a golf course"

If you'd like to purchase or see more information, reviews, etc., the Buy Now buttons will take you to the appropriate pages on Amazon.com.

Where Have All the Birdies Gone?

If there is one thing the struggling young golfer Lee Ofsted doesn't have on her mind, it is her chance of being selected to play in the prestigious, international Stewart Cup Tournament. So it comes as an enormous surprise when the great Roger Finley, captain of the American team, invites her to do just that, but exhilaration soon gives way to anxiety. Can she deliver? However, as play begins, Lee's worries about making a fool of herself take a distant third place. First, Roger's devoted long-time caddie is found murdered, and then Lee herself is the victim of an attempt on her life. It takes all of her nerve and natural talent to see the competition through, to keep out of the gun sights of a resourceful killer, and, in the end, to make sense of a bizarre and paradoxical mystery.

"The Elkins deliver a fine round of golf." 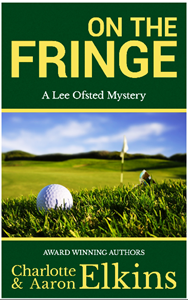 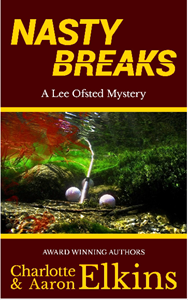 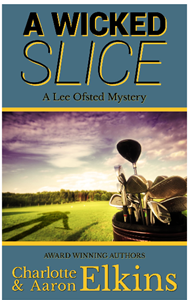 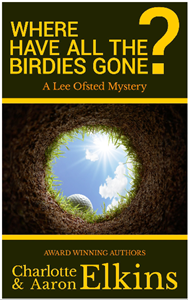 Lee Ofsted has sacrificed plenty to enter the Pacific-Western Woman’s Pro-Am golf tournament.  She’s in just under the wire, and for some reason her long drives keep slicing, even though she’s hitting the ball perfectly.  Then Lee discovers the body of the tour’s star at the bottom of the course lake, and her own problems with golf technique pale in comparison.

Playing in a New Mexico tournament, with thunderstorms on the horizon, Lee Ofsted is surging exuberantly ahead towards her first major win,  when she runs into a lightning-struck body on the fairway.  So when the coroner suspects that, against all odds, this was no accident, Lee sees red instead of green.

"Even if your idea of golf is a par six with a shot through the dinosaur's mouth, you'll enjoy this behind-the-scenes look at both golf and television sports."